Protecting the Earth against those ruthless aliens who attempt to destroy it, Agent G joins the Men In Black intent on proving herself worthy of membership among the shadow group’s ranks. To mark the release of Men In Black 3, this original Kotobukiya creation becomes the latest beautiful statue in the bishoujo collection!

Armed with a time jump device and a brain-wiping Neuralizer, Agent G is ready to clean up any alien activity that might have been witnessed by the public at large. As she steps off the curb, an alien tentacle breaks through the concrete behind her and wraps itself around a fire hydrant. Dressed in her bishoujo-style Men In Black outfit, Agent G is all business when it comes to extraterrestrial containment.

Designed by Shunya Yamashita and sculpted by Gill Gill, the Men In Black 3 Agent G bishoujo statue stands just under 8″ tall and is ready to keep your shelf safe from invaders! 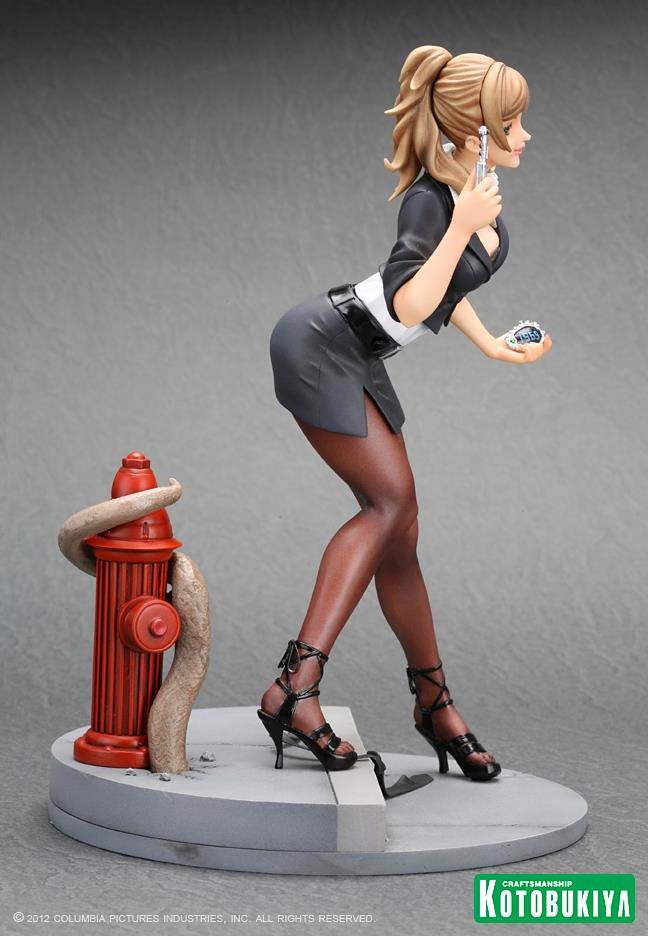