The gothic style of the 1990 cult classic film by Tim Burton steps out of the shadows in this bishoujo version of the character of Edward Scissorhands. The original movie starred Johnny Depp as the odd character Edward, who had been hidden from modern society by his creator. However, after the creator’s death, Edward ventures forth into the world and discovers that society fears him because of the way he looks. After that, Edward faces many challenges during his time in suburbia, and his story is the stuff of a true fairy tale.

This dark and beautiful figure is dressed in a re-imagined version of Edward’s signature black outfit. In addition, her famous scissor hands are on full display, ready to begin clipping. Her dark, thick hair covers the innocent look on her face as she ventures from the mad scientist’s lab into the bright real world. Lastly, the beautiful detail in her boots and corset add dimension to this fantastic figurine.

The Edward Scissorhands figurine joins the Kotobukiya line of horror-themed bishoujo figures. Therefore, it will look great on your collection shelf during Halloween or even all year long!

Designed by Shunya Yamashita, this lovely gothic bishoujo statue stands 9 inches tall. Lastly, it comes with a stand that has some winter snow covering it. 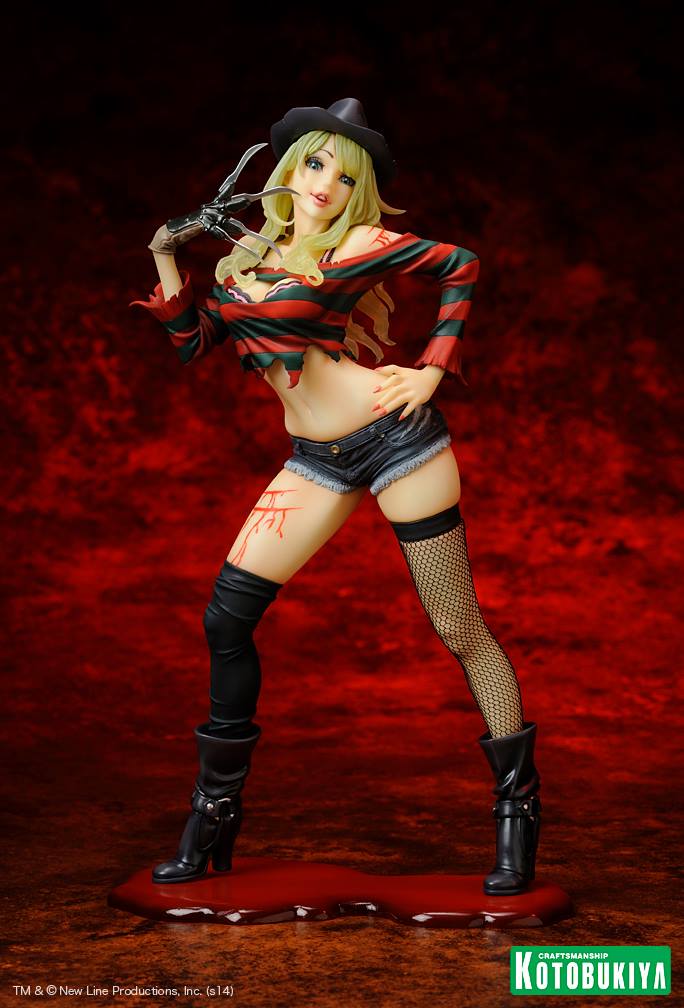